Create Your Own Adventure Game with Python

Create Your Own Adventure Game with Python

So what’s an adventure game?

It’s a computer/video game in which the player is the main character and he or she explores an interactive story by making decisions.

This is her story:

Welcome to the Myra’s Adventure game

You are trying to escape from jail

To plan her code, she first began by making a flowchart.

This process helped her to plan her mission and to identify her problem-solving steps clearly. 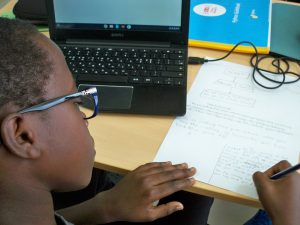 When programming using Python, Myra gave the player control of what happens next by
setting conditions using if else statements:

print (“you’re jail sentence is reduced by a year”)

print (“and you’re case is closed”)

print (“the witnesses say the truth in court”)

Let’s check out her script. 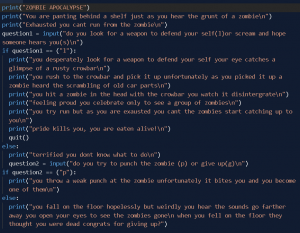 See her entire game below!