Making a Monkey Rescue Game with my pair programmer

Making a Monkey Rescue Game with my pair programmer

Pair programming is an easy programming technique in which two programmers work together at one workstation. One programmer, the driver, writes codewhile the other, the observer or navigator, reviews each line of code as it is typed. The two programmers frequently switch roles to code and debug in real time. 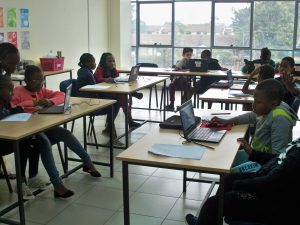 At Tinker Education, pair programming is part of establishing a collaborative learning environment for 21st century learners! Pair programming ensures that students work together in a digital classroom to grasp complex content.

Let’s take a look at how our i:Code 1 programmers used team effort to create the monkey rescue game.

Step 1: Students chose a background with a skyscraper like in the film ‘King Kong’ where the monkey is perched on top of a tall building . To make it more dynamic, students wrote a code for the building to change in size and shape using the Scratch block “Switch costume”. 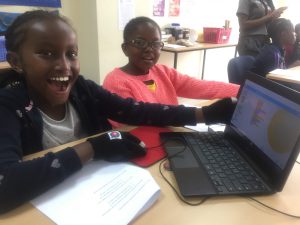 Step 2: Students then added sprites (characters) to the stage based on the mission’s conditions. The sprites included the Monkey to be rescued and the cat hero to save the Primate from the building. 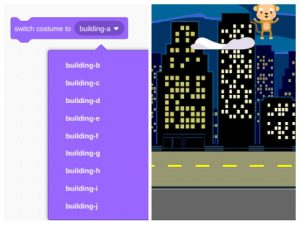 Step 3: After setting the background and the sprites, the teams completed the script of the monkey rescue game! 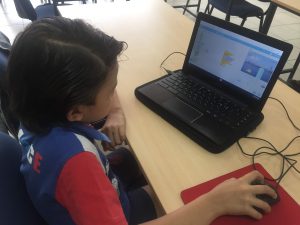 Whilst the driver was busy writing the code, and concentrated on each block function, the navigator looked for any errors along the path and helped steer them away from any missteps. Each member took turns ‘driving the mouse’ by coding for a character and debugging in real time!

Check out the great Monkey Rescue below!